Faculty for the PACRAO LDI

The faculty for the 2020-21 LDI are:See also below: Past Faculty • Curriculum 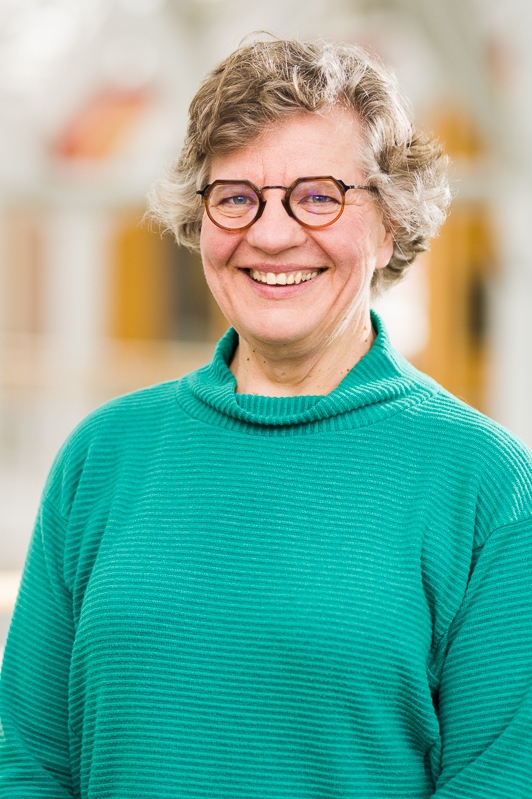 Julia serves as the dean for the faculty of the LDI and is delighted to help build this remarkable discovery and development program. Over the past 30 years, PACRAO has provided Julia with many opportunities to learn and contribute, including roles as PACRAO pal, presenter, and president. Making connections and contributions through PACRAO remains the best part of her professional journey. Presentation topics most often focus on leadership, positive change, and gratitude. Julia is also active in OrACRAO and AACRAO. She currently chairs the AACRAO Awards Committee and was previously chair for the AACRAO Nominations and Elections Committee. Julia has enjoyed a long career in student services, starting in admissions and spending the last 30 years working in the records and registration and greater enrollment management area. Prior to her role at University of Oregon, Julia worked as University Registrar at Washington State University and at Pacific Lutheran University. 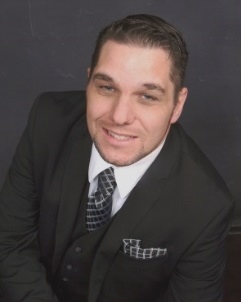 Marc is the Associate Provost for Strategic Initiatives and Implementation at University of Phoenix, and has worked in higher education for over 17 years in a vari­ety of admissions, training, and student support roles.

Marc is actively engaged in the higher education community and has served PACRAO in many capacities including holding the honor of being the 2016 President for the Association. Since 2009, Marc has been a regular speaker, contributor, and author for national and regional associations like AACRAO, PACRAO, ACBSP, and CAEL sharing insight on various topics including leadership, process improvement, PLA, interna­tional admissions, and articulation.

Marc holds Bachelor of Science and Master of Management degrees from the University of Phoenix, and is a candidate for a Ph.D. in Higher Education Administration. 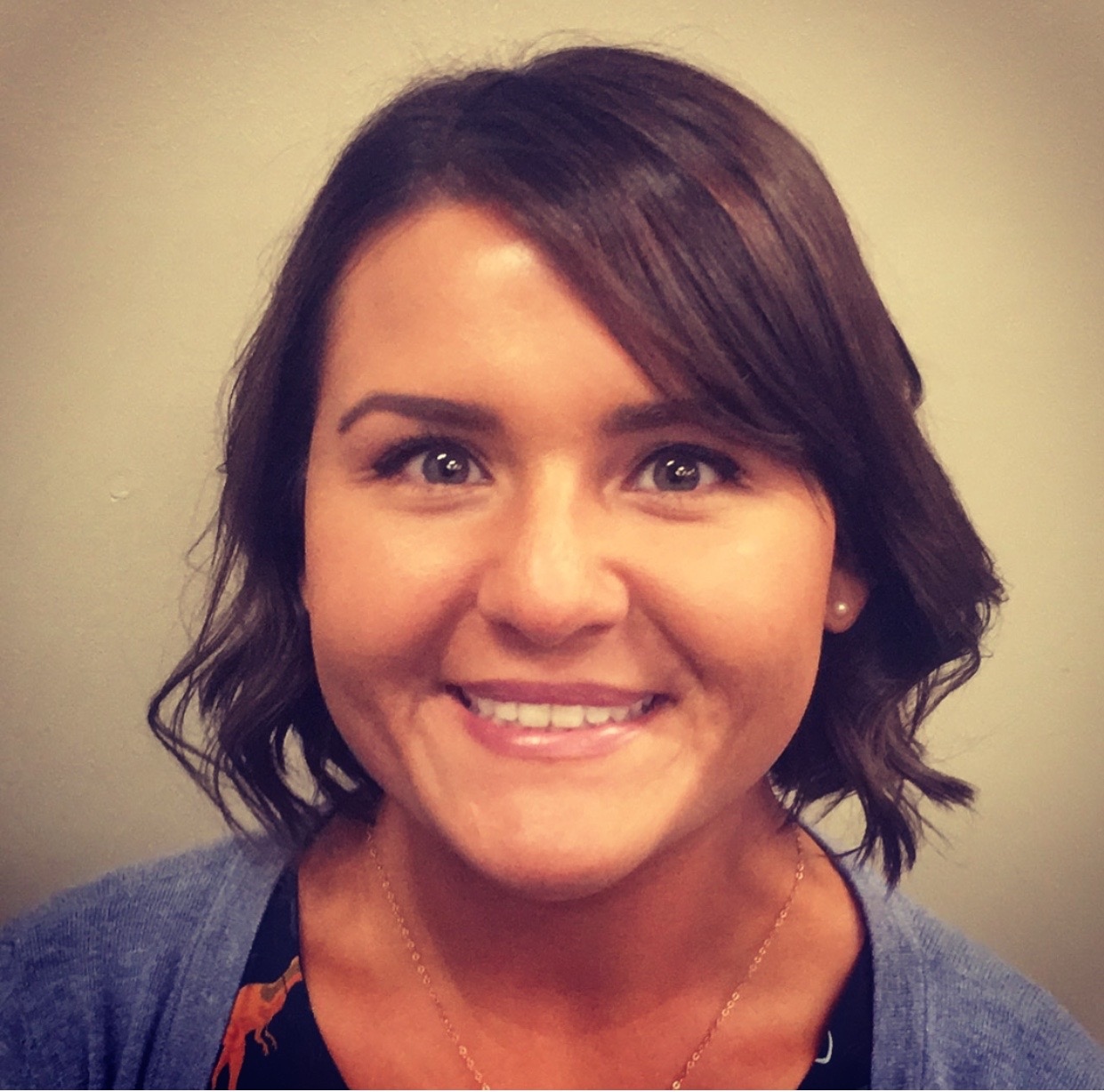 Krystal Cortez Bates is the Associate Director of Student Services at Gonzaga University. She has spent the last 13 years working in higher education. Her personal experience in higher education led her to pursue a career working to help change the lives of students.

A relatively new member of PACRAO, Krystal became more involved as part of the first year cohort of the LDI (Leadership Development Institute). She describes the LDI as one of the most transformative and enriching experiences of her professional career. Krystal is currently serving as the PACRAO 2020 Local Arrangements Committee Co-Chair and feels a strong connection to PACRAO and its members. 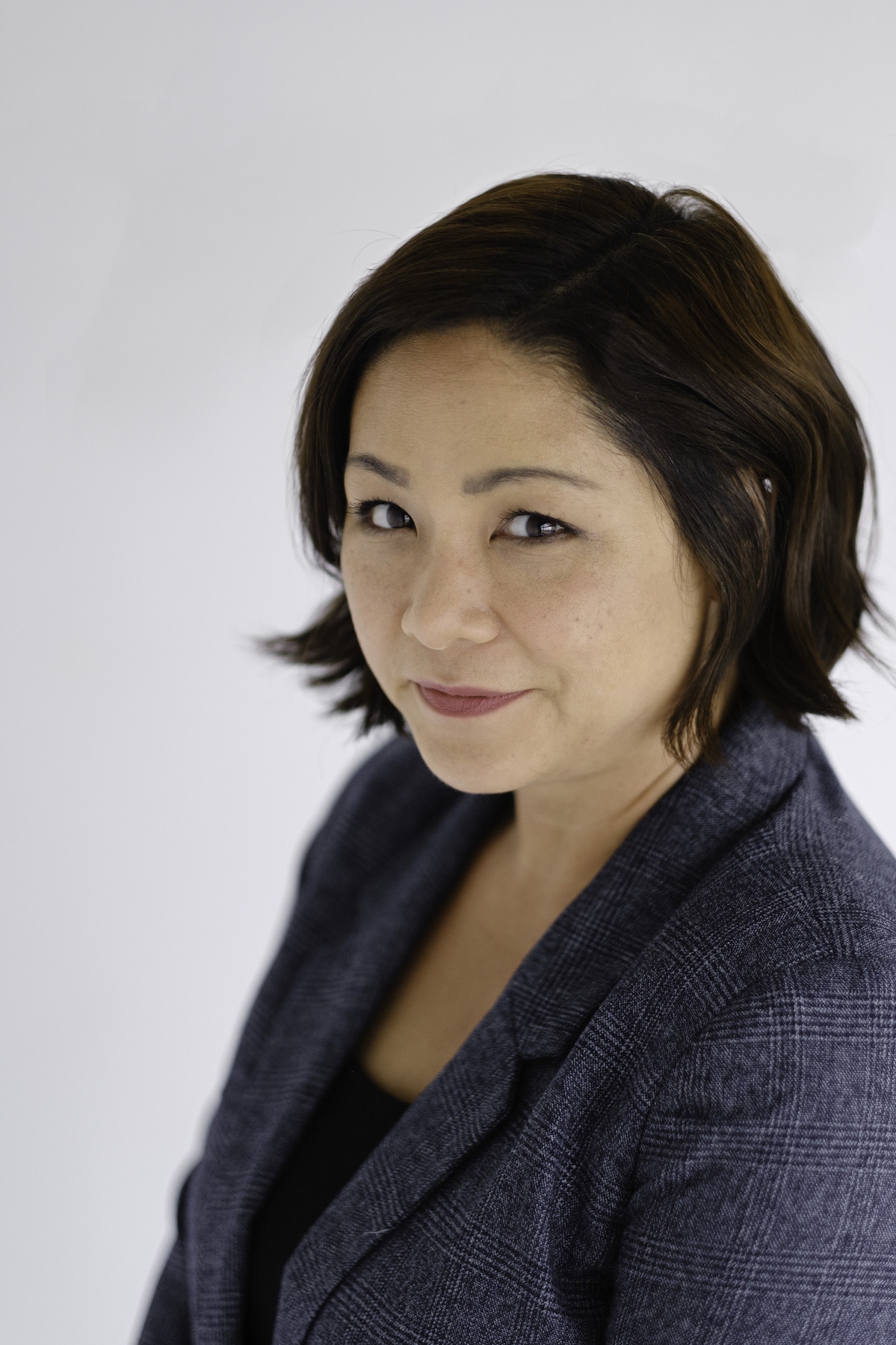 Kristen is the academic advisor for Elementary Education in the School of Educational Studies at the University of Washington Bothell. Prior to this role, Kristen worked in transfer admissions at UWB, and served as the Assistant Director for Admissions Campus Visits & Events at Seattle Pacific University as well as the Associate Director of Student Academic Services, also at SPU. Through these roles in admissions, advising, and enrollment, Kristen has enjoyed PACRAO membership since 2004. 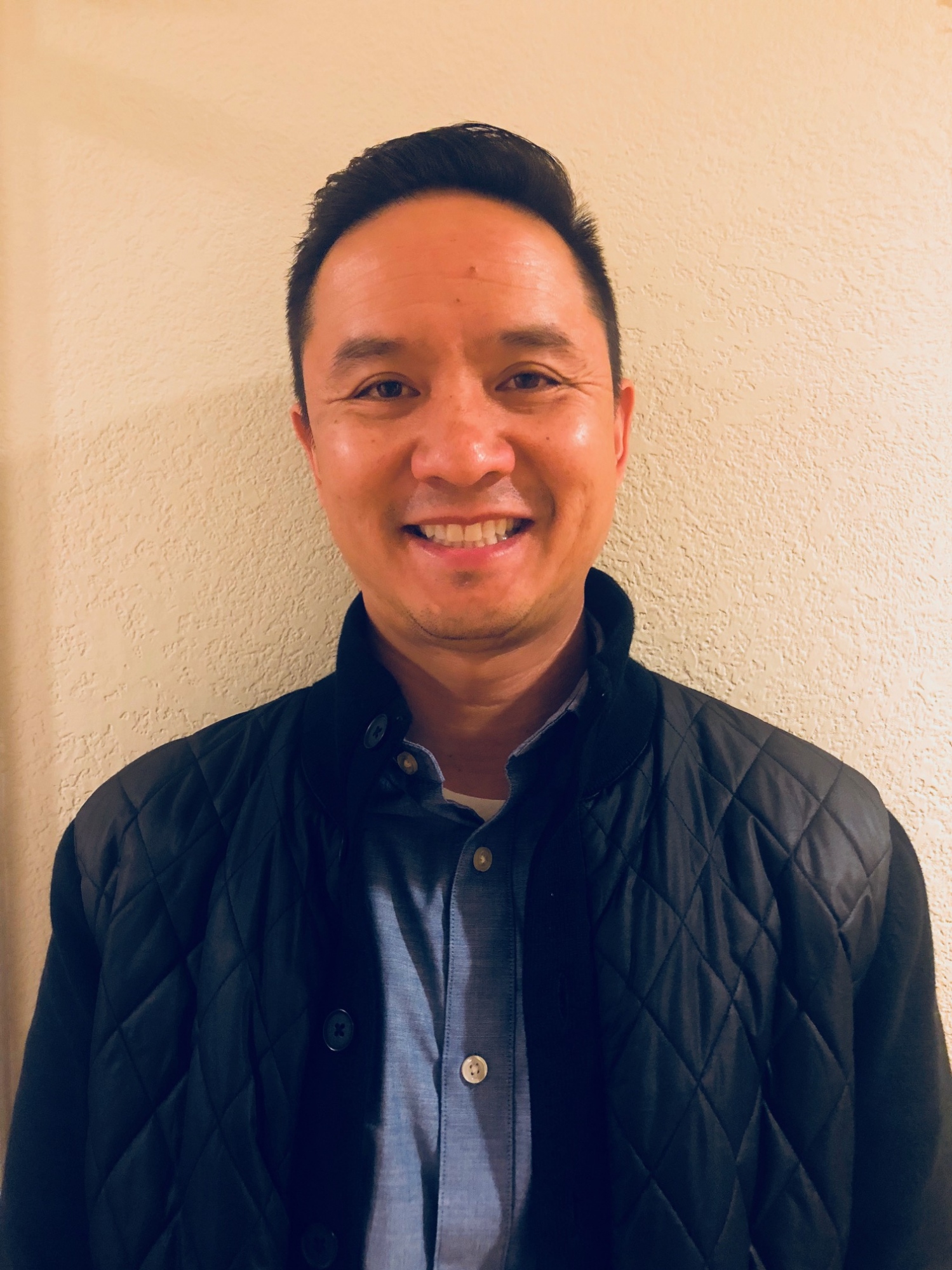 Paul is the Deputy Registrar at the University of California, Irvine and oversees the overall operations of the University Registrar’s Office. Additionally, Paul has been working in higher education for over 20 years as an academic counselor and in a registrar’s office.

As an advocate for professional development and a PACRAOian, Paul sees the high value, guidance and support that PACRAO and the LDI can offer to future leaders. Having a support group and connections outside of your own institution provides LDI participants a network of professionals to discuss the changing landscape of higher education.

Paul completed his Bachelor of Arts in degree at the University of California, Irvine and is pursuing a Master of Arts at California State University, Dominguez Hills. 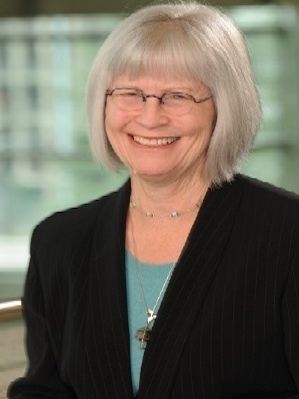 Nora is the Registrar at Reed College where she oversees the registrar’s office, supports the Dean of the Faculty, and advises the College’s adjudication boards dealing with student conduct. Nora has worked in higher education for over 40 years in a variety of registrar, admission, curriculum, and student success areas.

Nora has made numerous presentations at professional meetings on topics including ethics in higher education, registration innovations, Title IX and sexual misconduct, the evolving role of the registrar, records management, and leadership in higher education. She has assisted in conference planning for AACRAO, PACRAO, and OrACRAO and served as a facilitator in AACRAO’s collaboration to create the Peabody Professional Institute for Senior Academic and Enrollment Services Professionals. 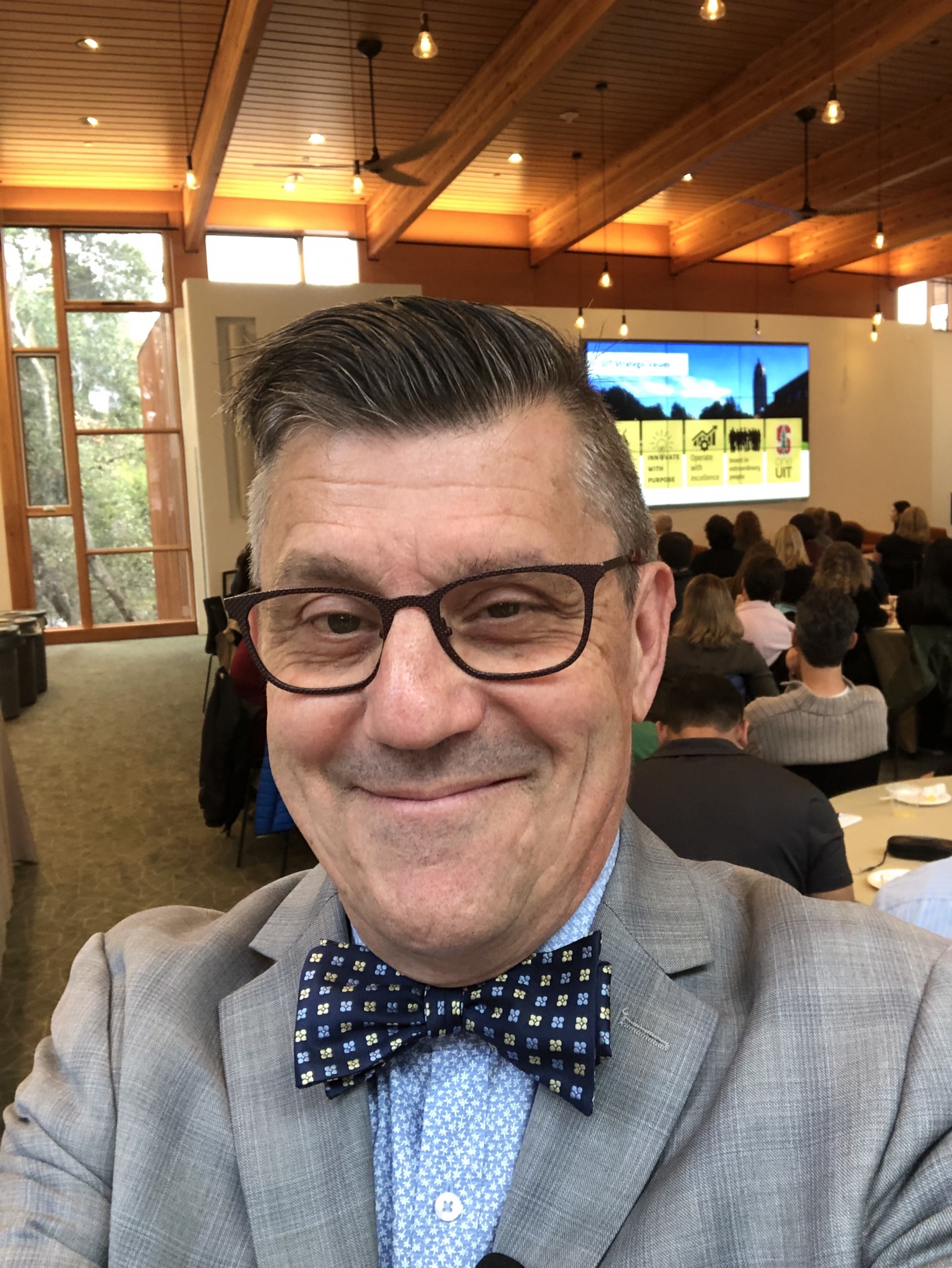 Stephen has been at Stanford for 19 years, and his responsibilities include course catalog, web sites, communication broadly, and policy and technology initiatives.

Stephen has attended PACRAO annually since 2011. He has spoken at PACRAO and AACRAO on topics including online accessibility, data and course catalogs, diffusion of innovation, MOOCs, the Groningen Declaration, class meeting patterns, credentialing, and communications strategy. Stephen was a 2017 inaugural Ed Talk speaker. He gave a preconference workshop on Implementing Electronic Records at AACRAO and PACRAO in 2016-17.

Stephen holds a Ph.D. in South and Southeast Asian Studies, UC Berkeley (1998), focused on modern Indonesian literature and ancient Malay chronicles. He is an avid road cyclist, participating annually in the AIDS/LifeCycle ride from San Francisco to Los Angeles. 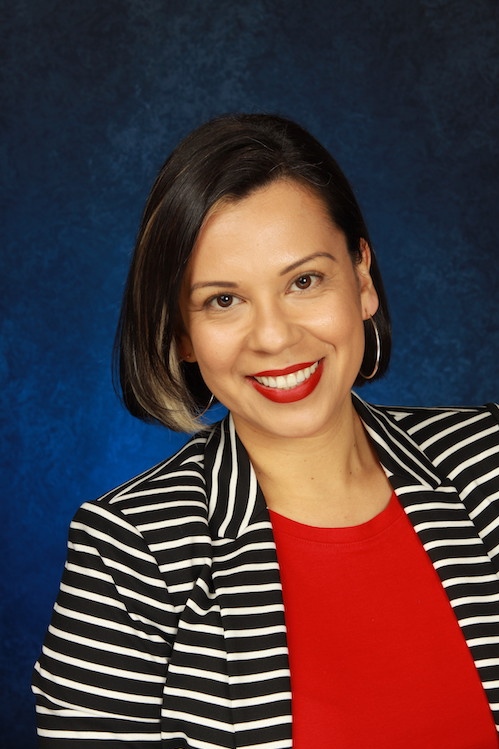 Soraira Urquiza is currently the Registrar for the American Film Institute Conservatory. She is the chair of the Latinx Caucus for AACRAO as well as the VP for Professional Development for PACRAO. She recently completed her Doctorate in Educational Leadership from the University of Southern California and also holds a Master’s degree in Chicana/o Studies from CSU Northridge (CSUN). Dr. Urquiza’s research focused on how Latinas in higher education administration utilize their Big Hoop Energy and professional clapbacks to combat microaggressions while working at historically white institutions. In addition to being an administrator, she also teaches College 1 at Pasadena City College and has taught several courses in Chicanx Studies at various community colleges in Los Angeles as well as CSUN.

Curriculum for the PACRAO LDI

Much of our study together as a cohort of faculty and students will revolve around discussing and applying books and other materials that we read together. I’m excited to give you a sample of potential books, below.